If you’ve ever visited the west end of Toronto, you’re likely to have come across one of the Ossington neighbourhood’s favourite restaurants, La Cubana. Owned and operated by chef Corinna Mozo and her brother and co-owner Pablo, La Cubana has been serving up innovative renditions on classic Cuban flavours since 2007. Already having two locations on Ossington and Roncesvalles, Corinna had a goal in mind to expand to Toronto’s east end. In came Bar Habana, a stunning tribute to Cuba’s nightlife and cocktail scene right in the heart of Leslieville.

I was lucky enough to try some of Corinna’s flavourful dishes and drinks during a recent visit to Bar Habana. On the menu there’s a mouth-watering selection of bocaditos (small bites) like yuca fries, empanadas and this incredible Cuban corn with queso fresco. To drink, specialty-made cocktails reminiscent of the incredible bar scene in Havana. When you step into Bar Habana, you’re immediately immersed into the world of Latin American cuisine. I was overwhelmed with feelings of nostalgia for cooking in my family’s kitchen in Ecuador. Every minute detail down to the tile work is an homage to their roots in Montreal and Cuban heritage.

The road to Habana

Corinna discovered her passion for cooking while combing through cookbooks at the Western University bookstore. “It was the late ’80s, and at the time you never really heard of people going into cooking as their career,” says Corinna. She quickly found that cooking was something she wanted to pursue, so she packed up and moved to Stratford, Ontario and officially attended culinary school. “Everyone was trying to scare me,” she says. “[They said] it’s a man’s world, you’re never going to cut it.” Thankfully she persevered and eventually found herself a placement working for renowned chef Lydia Shire in Boston, Massachusetts. She spent about 18 years in Boston learning from the best of the best. Corinna recalls her experience working with Lydia Shire as “transformative.” Working for a woman chef gave her the insights she needed to jumpstart a successful career.

Related: Chef Eva Chin on the Value of Asian Representation in Restaurant Kitchens

“There’s something different and special about nightlife in Havana,” says Pablo. “Cocktails are such a big part of the culture over there, so we wanted to bring a piece of that here.” Originally opening as La Cubana in Leslieville, Corinna and Pablo realized that they needed to give the east end something different than what they’ve been served in the past. Bar Habana was born out of a love for the culture and a need for diversity in the city.

Pablo first moved to Toronto in the ’90s from Montreal when Corinna was still living in Boston. “Back then Toronto’s food scene was still finding its footing,” Pablo recalls. With ambitions to open up a restaurant in the city, Pablo scoured each neighbourhood in search of the perfect location. In the early 2000s, the now famous Ossington strip was nothing more than a casual neighbourhood street. With legacy bars Sweaty Betty’s and Communist Daughter situated on opposite ends of the strip, everything in between was a blank canvas. Pablo was so enamoured by the street’s potential that he pitched it to Corinna to buy a space there, even though she had never been to Toronto before. And thus, La Cubana was born.

We can see Gerrard East becoming the new Ossington.

French cuisine has always been a part of Corinna’s life and passions, and on the Bar Habana menu, there’s even an homage to French cuisine with their Cuban coffee-infused crème brûlée. Having grown up in Montreal and being exposed to the food culture there, Corinna has always found ways to imbue her love for French and Cuban cuisine into her lifestyle. “The Montreal food scene has a very ‘drop-in’ kind of energy,” remarks Pablo. “Casual visits to extended late nights out, there’s something about the culture that feels so warm and inviting.”

For Corinna, French culture and travel in general are a way for her to connect with people and become inspired. When I ask if the menu was inspired by French cuisine, she replies that it was “less about the food per se, more about the people” – she recognizes that a city’s dining culture that can really change the way you interact with food.

Related: Did You Know Africa Had a Major Impact on French Cuisine? Everything to Know 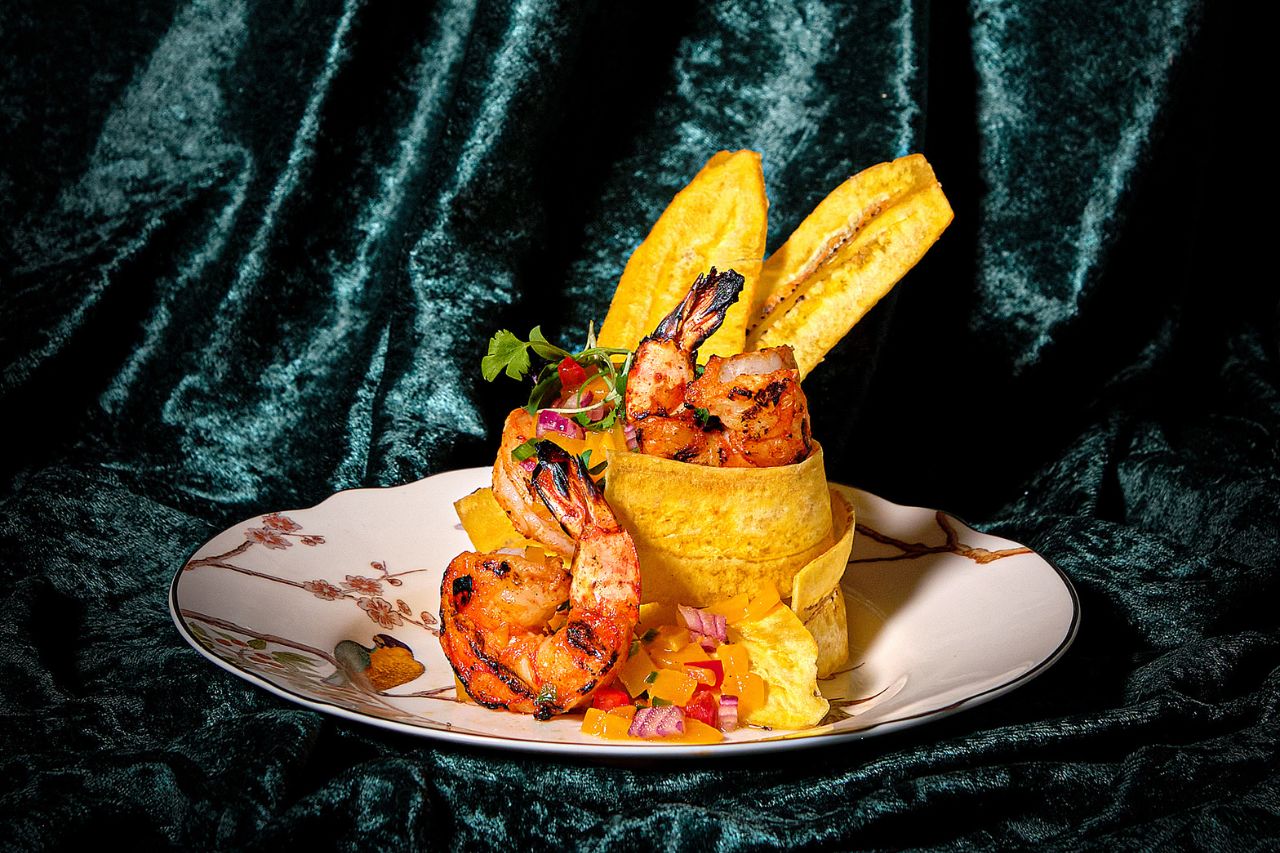 The challenges and joys of being a restaurateur

Running three successful restaurants is no easy feat: “Being a chef is one thing, but being a restaurateur while raising a family is totally different,” explains Corinna. “You learn a lot about yourself,” Corinna says. “Being a mother, a business owner, a wife… it’s all a journey of constantly growing and understanding how to juggle all of it at once.” I asked if she could sum up her career in three words: “Terrifying, all-encompassing and rewarding.” Corinna goes on to mention how each of these words represent a pivotal time in her life when she realized she would have to climb another hurdle to reach her goals.

Being a chef is one thing, but being a restauranteur while raising a family is a totally different.

As for her advice for the next crop of young women chefs? “Just be yourself,” says Corinna. “There isn’t any reason for you to be loud or something you’re not. Your talent will be recognized, just learn to take it all in and have a willingness to grow.” Corinna practices what she preaches: she works hard to create an atmosphere where people can let their creative juices flow, and it shows. Bar Habana is a love letter to everything Corinna and Pablo have grown up on. The passion, love and appreciation for their culture shines through their beautiful cocktails and delicious food. It’s nice to know that if you’re ever in the mood to take a trip to Havana, its only a short TTC ride away.

Related: Toronto’s 10 Best Hidden Bars and Speakeasies are Perfectly Out of Sight