ADVERTISEMENT
IN PARTNERSHIP WITH
Fire Masters

It’s going to be a sizzler! A group of talented Canadian chefs are set to work their magic once again on the grills on Season 3 of Fire Masters. But it’s the judges that have their fate in their hands. Get to know the experts who will award one chef the bragging rights of being a Fire Master Champion and the winner of the $10,000 grand prize. 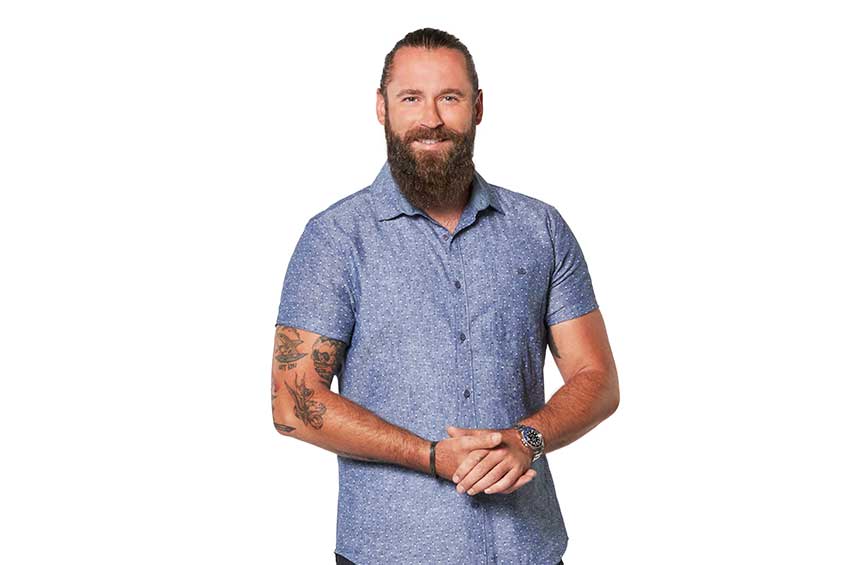 Canadian-born chef and culinary entrepreneur Dylan Benoit’s passion for cuisine was sparked at an early age. The son of hard-working parents, Dylan was inspired by his mother’s fantastic home cooking, his father’s strong work ethic and the importance they placed on family dinner time. A graduate of the George Brown Culinary School and part of the opening team for Mark McEwan’s ONE Restaurant, Dylan went on to travel all over the globe in pursuit of the ultimate in food culture, eventually landing in the Cayman Islands where he now resides. Dylan owns and operates several hospitality companies, including Prime Consulting, Prime Kitchen and Carnivore Premium Meats, Cayman’s only bespoke butcher shop. His cooking philosophy is rooted in honest and approachable cuisine that nourishes the mind, body and soul.

When he is not putting on a bespoke experience for a private group of diners, Dylan can be found riding his motorcycle along the coast or scuba diving one of Cayman’s breathtaking underwater sites. He is also a long-time participant in an impressive roster of globally recognized culinary stars at the annual Cayman Cookout, an event created and hosted by esteemed chef Eric Ripert. 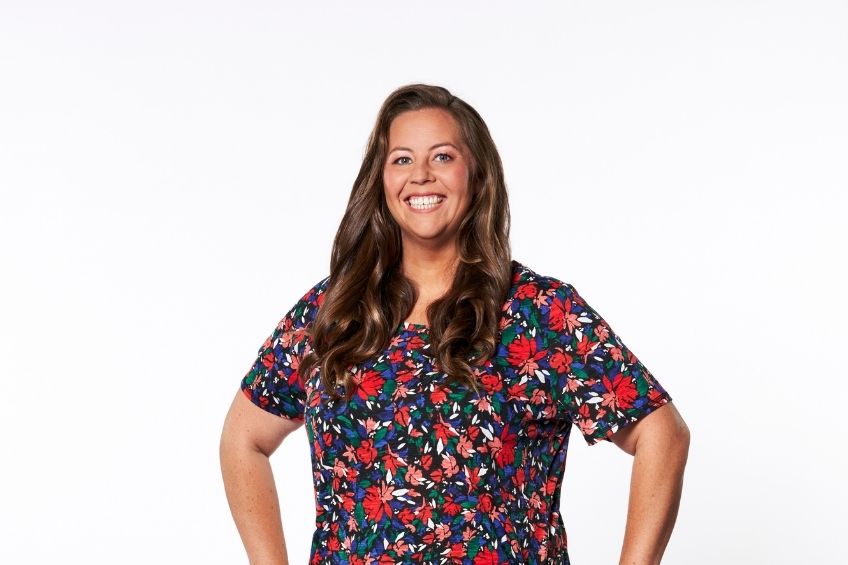 Andrea Nicholson has been working in the hospitality industry since the age of 13 and proving variety really is the spice of life. As a Red Seal-certified chef, she received her culinary training at George Brown College in Toronto. Andrea’s professional experience includes positions in food media, respected Toronto restaurants, world-renowned luxury liner Regent Seven Seas, culinary and corporate institutes, as well as travelling the globe working with internationally acclaimed chefs. Andrea also trained in New York City under Roberto Caporuscio and holds a diploma from the A.P.N. of Naples, Italy, distinguishing her as a certified Pizzaiuoli. Now the proud owner and executive chef of her own restaurant, Butchie’s, which was featured in an episode of Food Network Canada’s Big Food Bucket List, Andrea’s passion for food is evident in her masterful creations, which celebrate the purity of local and seasonal ingredients. Andrea also owns the Killer Condiments product line, Banana’s gourmet ice cream sandwich shop and Dish Play, a 10,000 square foot culinary event space in Durham Region, outside Toronto. Andrea competed in the first season of Top Chef Canada and returned for the All-Stars season in 2016. She has also appeared on Food Factory and co-hosted the first two seasons of Restaurant Takeover on Food Network Canada.

Known for her butchery skills and simple approach to food, Connie DeSousa is one of Canada’s most celebrated female chefs. Her ambition stems from her humble roots, growing up in an immigrant community in Calgary, with her Irish mother and Portuguese father. Straight out of culinary school, Connie’s competitive spirit was unstoppable, taking her to Germany to compete in the World Culinary Olympics. Her career has spanned several continents, including time in the kitchen at the celebrated restaurant Chez Panisse in Berkeley, CA, with Alice Waters at the helm. This experience honed her passion for sustainable, locally grown food, nose-to-tail butchery and hunting. Returning to Calgary in 2009, Connie opened her first restaurant, the award-winning CHARCUT Roast House, along with her mentor and business partner John Jackson. They are now co-owners of six successful restaurants, each receiving numerous accolades and awards. As one of Canada’s top female chefs, Connie was a finalist on Food Network Canada’s Top Chef Canada, and in 2016, she returned for the All-Stars season. Connie is a mentor to young chefs and women in the industry, an avid runner and fitness advocate, and a community ambassador, using food and her culinary talents to create awareness and help those in need.

Dale MacKay was born in Saskatoon, and like most great chefs, knew at an early age that he was destined for the kitchen. Dale worked with Chef Gordon Ramsay and Daniel Boulud for a decade before winning the first season of Food Network Canada’s Top Chef Canada and moving back to Saskatoon. Over the past eight years, he, along with his long-time co-worker and business partner Christopher Cho, spearheaded the opening of five award-winning restaurants: Ayden Kitchen and Bar, Little Grouse on the Prairie, Sticks and Stones, Avenue Restaurant and Dojo Ramen.

Dale is a regular on Food Network, featured in shows such as Top Chef Canada, Iron Chef Gauntlet and Fire Masters. 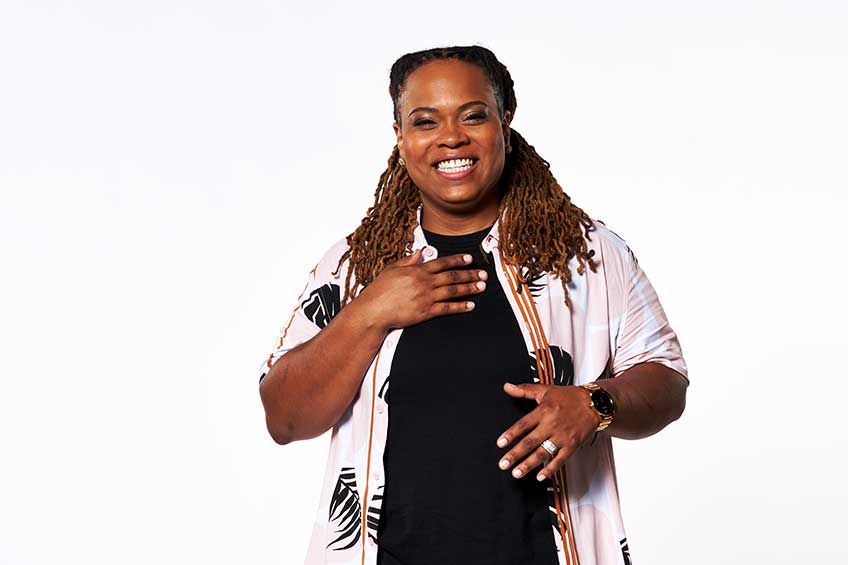 Raised in Chicago, Dominique Leach earned an Associate’s Degree in Culinary Arts from the Illinois Institute of Art in 2006. She began her career as a line cook at The Renaissance Chicago hotel, later joining the Bon Appetit banquet team at The Art Institute Museum. Here, she worked her way up from prep cook to sous chef, learning a lot about diverse foods and cultures in the process.
Following progressively senior stints at several catering companies, Dominique used the knowledge she gained to open one of her own, Cater to You Events and Drop Offs. Shortly after, she launched a food truck, Lexington Betty Smoke House, which she named after her granny, Betty King. After performing a live cooking demo on local television, her smoked meats became highly sought after, and this success helped Dominque open her first Lexington Betty Smoke House restaurant, which has since expanded to three Chicago locations. 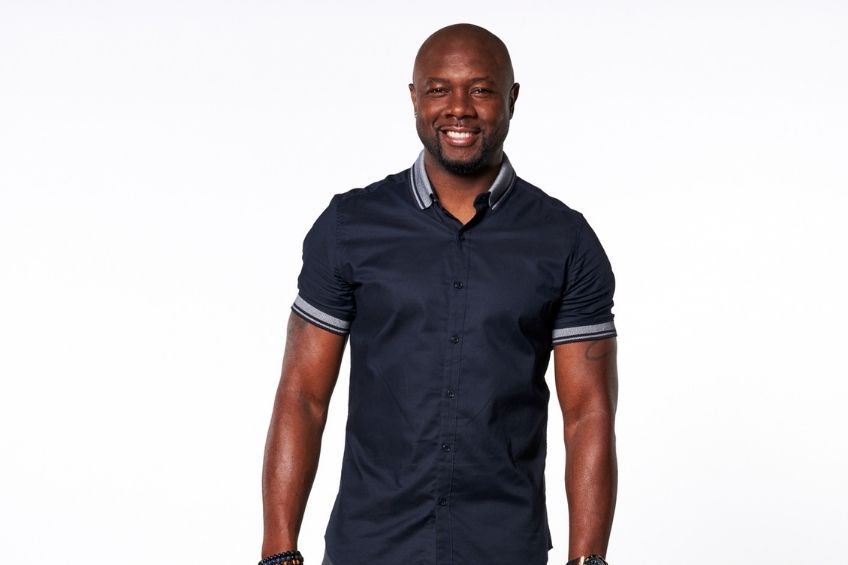 Eddie Jackson is a former NFLer turned celebrity chef. After five seasons in the NFL, he turned his attention to his lifelong love of cooking and competed in Season 4 of Fox’s Master Chef, where he finished eighth. After Master Chef, he went on to win Season 11 of Food Network Star. In addition to his judging role on Fire Masters, he is a resident judge on The Big Bake, host of Christmas Cookie Challenge and host of Yum & Yummer (Cooking Channel). He is also a frequent judge on Beat Bobby Flay and Guy’s Grocery Games. Eddie released his first cookbook, Game Day Eats, in September 2019. 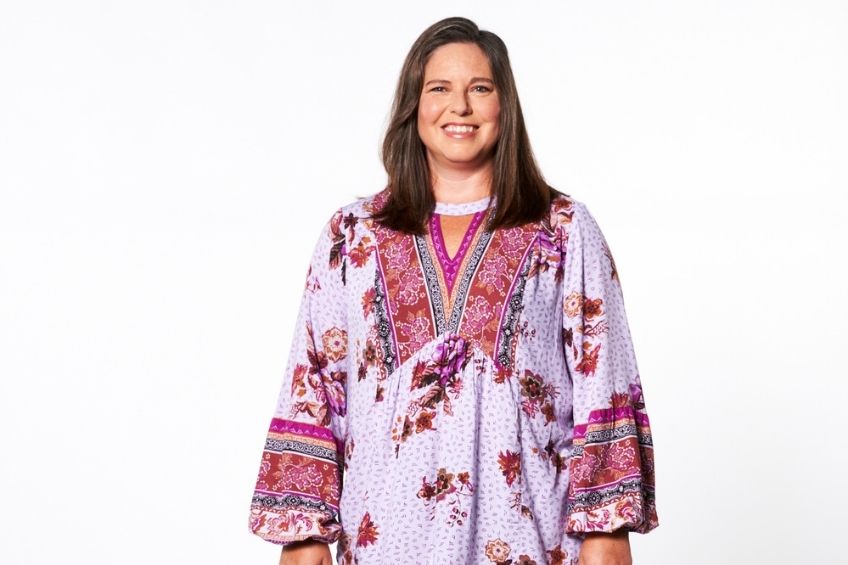 Jenni Lessard is a chef, recipe developer and owner of Inspired by Nature Culinary Consulting. For her dishes, she draws ideas from her Métis heritage as well as her travels, during which she always finds time to cook with locals! First with her restaurant in a small farming town in the heart of the Canadian Prairies, then with her catering business, Jenni’s warmth and enthusiasm have earned her a reputation for not just cooking but truly feeding people, body and soul. 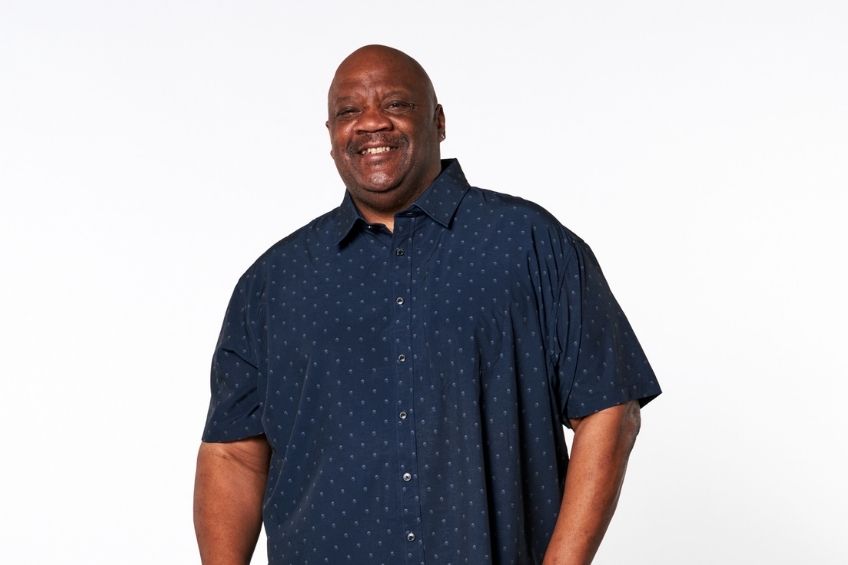 Kevin Bludso is a fifth-generation pitmaster who learned the art of Texas barbecue from his granny, Willie Mae Fields. In her barbecue pits, he honed his craft while insisting that he was never going into the restaurant business. He even spent 15 years with the L.A. Department of Corrections, trying to hide from his true calling. Finally, the allure of smoke, meat and family heritage was too strong to resist, and in 2008, he opened Bludso’s BBQ in the heart of Compton, CA. Ten years later, his barbecue is widely recognized as some of the best in the country with accolades from many sources, including the likes of Jonathan Gold and Steve Harvey. The beloved Bludso’s brand has expanded to a sit-down bar and restaurant, a full-service catering business, an outpost in Melbourne, Australia and a concessionary in the new LAFC stadium. 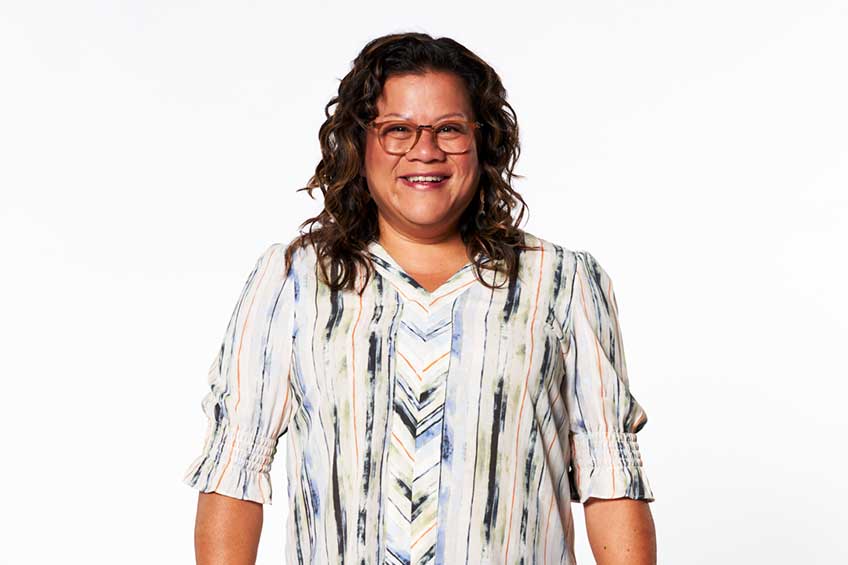 With over 24 years of professional experience, Nicole Gomes has been intrigued by the kitchen since she was a kid. Her first exposure to professional cooking came during an apprenticeship in a hotel and bistro in Paris, France. She has since cooked across the globe, notably in Sydney, Hong Kong, Vancouver and Calgary. She has also travelled extensively as a guest chef, including the prestigious James Beard House in New York City. Nicole independently owned and operated her highly successful 13-year-old business, Nicole Gourmet Catering, which she recently sold. Nicole has partnered with her sister to open Cluck N’ Cleaver, a crispy fried rotisserie chicken take-out joint, priding itself on an all made from scratch and made in-house menu items that provide good, wholesome food – fast! The business has expanded in Calgary and will soon expand across Western Canada. 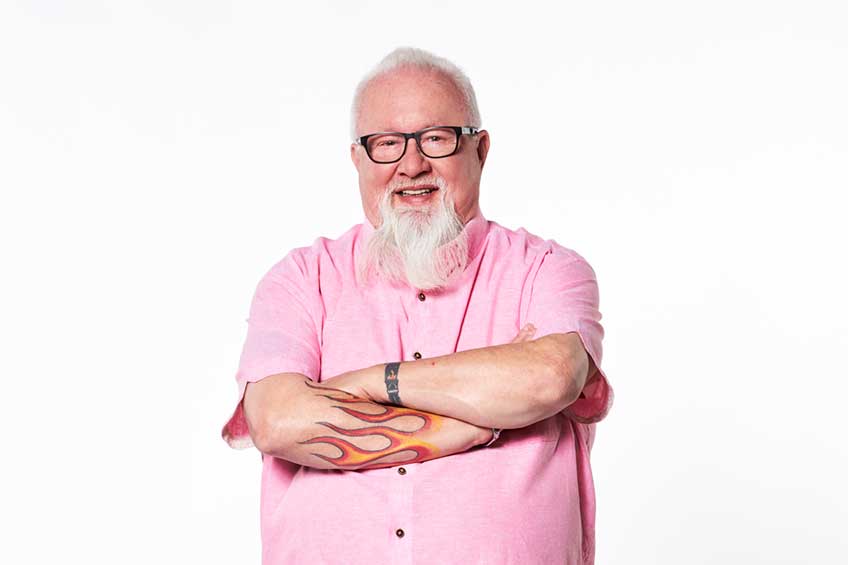 Ray “Dr. BBQ” Lampe is one of the most recognizable professional pitmasters in the world. Truly an original in the world of outdoor cooking, he’s done everything from winning national awards to writing nine cookbooks. Ray grew up in Chicago and spent 25 years in the family trucking business before turning his hobby into a career, quitting the trucking business, moving to Florida and launching his career as “Dr. BBQ.” Already a regular on the BBQ competition circuit, Ray is now a restaurateur. With partners Suzanne and Roger Perry, Ray brings his vibrant, dynamic and progressive smoke-basted meat to his restaurant, Dr. BBQ in St. Petersburg, FL. In 2014, Ray was inducted into the BBQ Hall of Fame, cementing his place as one of the leaders in the barbecue and culinary world. 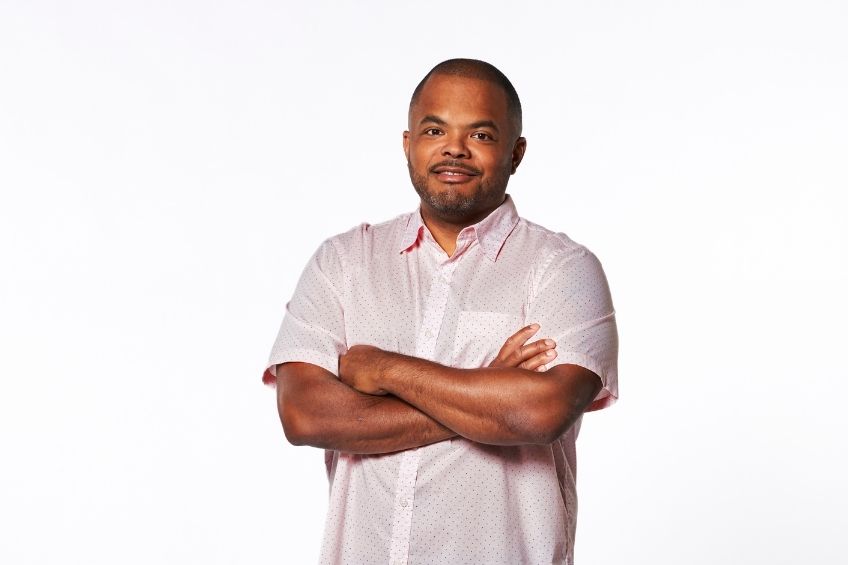 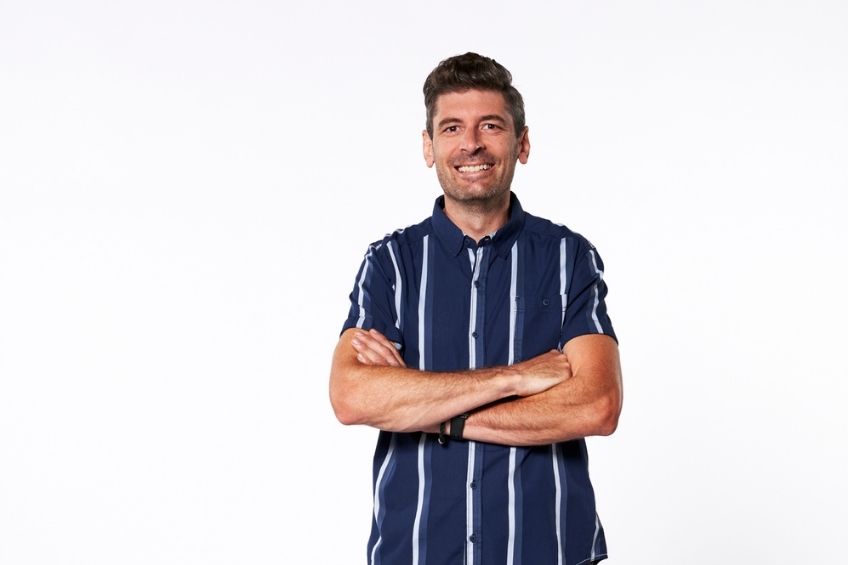 Born in Melbourne City, Australia, chef Stuart Cameron’s 30 years in the hospitality industry has made him synonymous with some of the most celebrated restaurants in Canada and abroad.

Stuart oversaw the culinary programs at Mira, Patria and Byblos with locations in Toronto, Miami and Dubai. He is currently the chef-owner of Bocado restaurant in Prince Edward County, ON. Bocado is a true expression of both the Mediterranean and Spanish cuisine through its colourful menu and thoughtful décor. The restaurant is an intimate home for hand-made Spanish-inspired food and drink centered around an open kitchen. Stuart’s ability to execute multiple genres of global cuisine is evident in the success of his restaurants, which consistently receive top accolades by Canadian food media. Demonstrating his innate understanding of the potential for international cuisine, Cameron was pivotal in starting the “middleterranean” cuisine movement in Toronto.