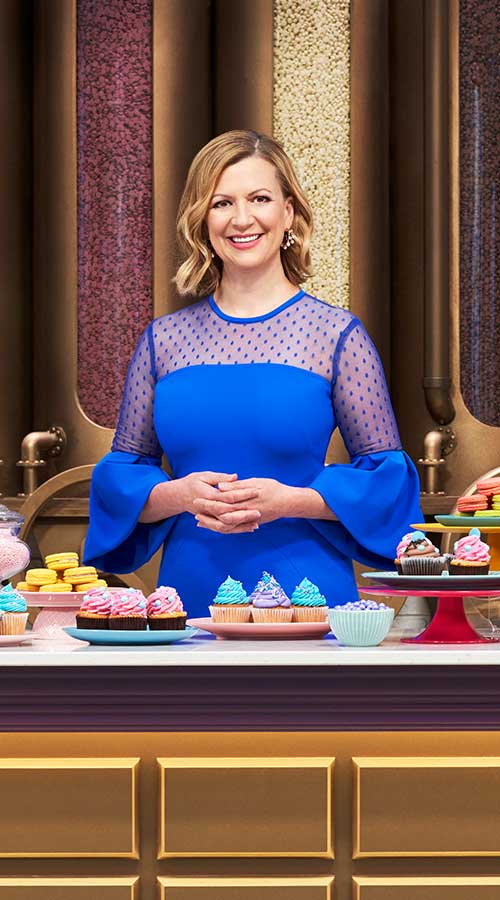 Anna Olson is celebrated as Canada’s baking sweetheart and has become a household name. She has served as the host of Food Network’s Bake with Anna Olson, Inspired with Anna Olson, Fresh with Anna Olson, and Sugar. She has earned a dedicated following in over 190 countries and can now be watched on the Oh Yum YouTube Channel. Anna is a recipe writing maven and her work appears in many magazines and best-selling cookbooks. Her latest cookbook is called Baking Day with Anna Olson.

Anna was born in Atlanta but grew up in Toronto, noting her grandmother as an early influencer of her love of the kitchen. She has degrees from Queen’s University in Kingston, Ont., and Johnson and Wales University in Vail, Colo. After working in the United States, Anna returned to Canada to settle in Niagara’s wine country with her chef-husband, Michael Olson.

An avid promoter of the local movement, she practices shopping for great local ingredients and works under the motto “what grows together, goes together.” Anna is an ongoing student of food and cooking, now working full time on recipe development, writing and hosting food media online and television. 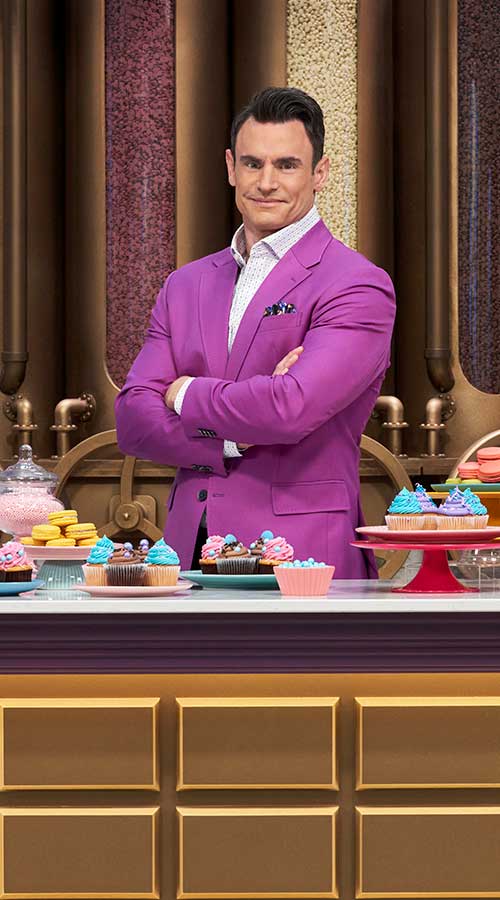 Steve Hodge is the owner of Temper Chocolate & Pastry in Vancouver. Although his mother instilled in him a love of freshly baked pies and cookies from a young age through her bakery, his love for pastry and chocolate came later in life.

Steve had his start in the kitchen at 21 when he attended the California School of Culinary Arts, where a chef warned him about how difficult pastry is to master, so Steve challenged himself to learn. From there, his love affair with pastry began.

After culinary school, Steve stayed in California and apprenticed at Wolfgang Puck Catering and Porto’s Bakery. From there he moved to Vancouver and worked as the executive pastry chef for the Glowbal Group. He then trained with Dominic Jerry at Sugar Art in Stevenston, BC where he received an education on how to create with sugar and chocolate. Steve also worked in London, England, where he spent three years as a pastry chef at Le Caprice, followed by The Wolseley and finally the three Michelin Star Restaurant, Royal Hospital Road with Gordon Ramsay.

After working overseas, he returned home to Vancouver where he worked alongside renowned Pastry Chef Thomas Haas before opening his own shop, Temper Chocolate & Pastry in 2013. This was the realization of a career goal of owning his own business and utilizing his classic French training to make his own creations. The challenge of finding new flavours and creating new confections remains one of Steve’s favourite parts about being a pastry chef. That said, his favourite item to make is still a classic croissant!

Temper Chocolate & Pastry has been recognized by Food Network, Vancouver Magazine, and Chatelaine for excellence in pastry and chocolate making. 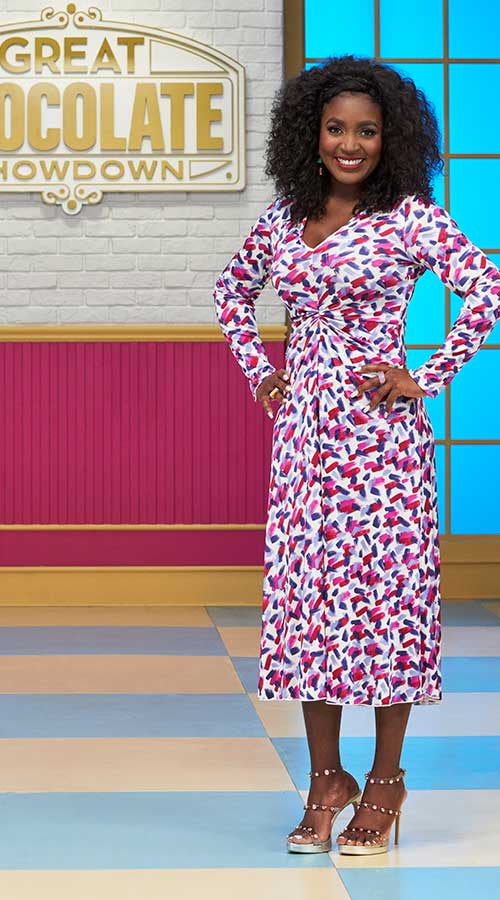 Cynthia Stroud is a multi-award-winning British cake designer who has built a reputation as the go-to professional for show-stopping cakes.

Cynthia is a self-taught baker who set up her home cake business in 2009. She moved to England in 2004 to study for her MBA after earning a degree in Microbiology. She began making cakes to fulfill her creative side, and as a way to relax after work. However, it became apparent that her childhood passion for baking had matured into a strength and she quickly established herself as a force in the industry.

In 2017, Cynthia made her debut on UK TV in The Sweetmakers, a four-part series that explored the history and intrigues of confectionery through the ages. Cynthia has also appeared on BBC Breakfast to discuss the history of confections; has been featured on Kirstie’s Handmade Christmas as an expert judge for the cake craft competition; and her first book, Pretty Gorgeous Cakes sold out on Amazon within three days.

During COVID-19, Cynthia saw families struggling with food insecurity, so she began packing food baskets as a one-time gesture to help 100 families within her community. After receiving feedback on the difference this made to families, she set up her charity Jedidiah and continued supporting the families with food parcels. Within a few weeks, she officially registered the charity as the number of families appealing for help continued to grow at the rate of 200 per week. She now has a volunteer team of hundreds packing and delivering more than 150,000 meals biweekly to 5,500 families through 103 schools. In January 2022, Cynthia expanded Jedidiah to include the Jedidiah Free Fresh Food Pantry along with the non-profit Pretty Gorgeous Baking Academy, where young adults can learn to bake, either to feed themselves or start a business.

Cynthia is ranked amongst the Top 10 wedding cake designers in the UK in Brides Magazine. She has earned high-profile awards including Best Wedding Cake Designer for London & South East and Best Cake Maker at the British Wedding Awards. She also won the inews Pivot for Purpose (Community) Award at the Lloyds Bank National Business Awards for a line of jams she created in 2020 called Pretty Gorgeous Jams, sales of which support Jedidiah. Cynthia has a number of contracts for high-profile events, including nearly a decade as the official cake supplier to The BRIT Awards, as well as the resident cake maker to the Queen Charlotte Debutante Ball. She has also been named to the Queen’s New Year’s Honours List as a Medallist of the Order of the British Empire for her services to business and community.