ADVERTISEMENT
IN PARTNERSHIP WITH
kitchen tips

Roasted peppers have a wonderfully sweet, caramelized flavour that makes for a tasty accompaniment to many dishes. They’re rich in vitamin C and packed with antioxidants and we’ve got two easy ways to cook the colourful capsicum. 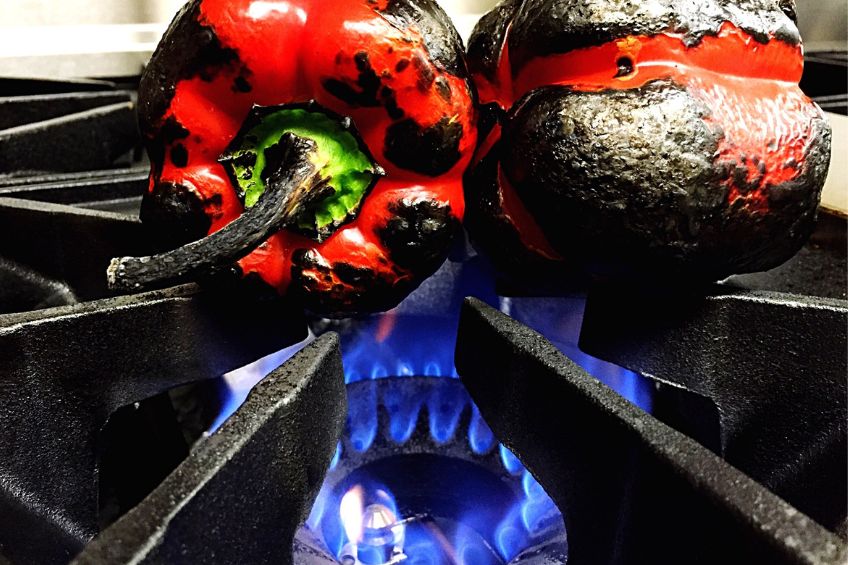 If your house has been blessed with a gas stove, you also lucked out on the fastest and least messy way of roasting peppers. Simply turn on the burner and place one or two whole peppers directly on the flame. Using a pair of tongs, rotate the peppers to ensure all sides are blackened. The more charred the peppers, the easier they’ll be to peel later. 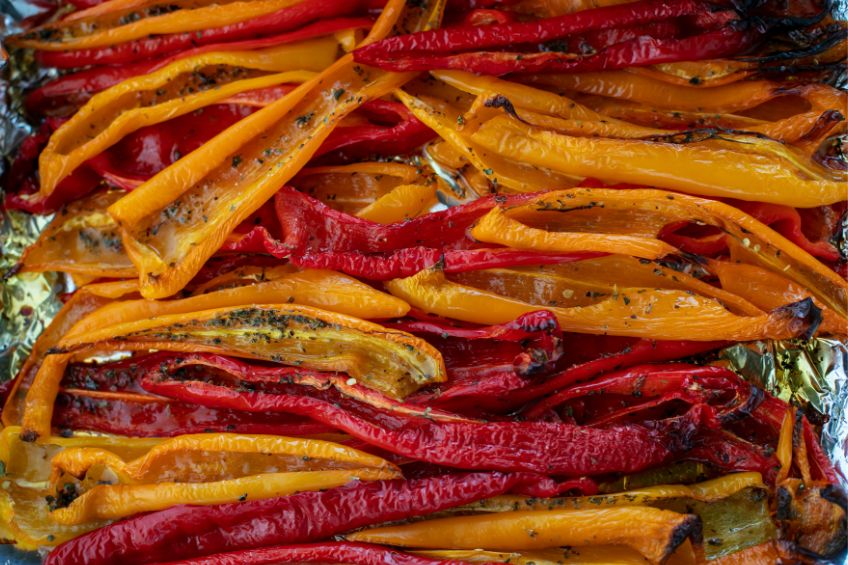 Unlike most vegetables where you simply roast them at 375°F, bell peppers are best cooked using the broil setting. Broiling is like using an upside-down BBQ; the heat comes from above and will char the surface of the food, which is what you want when cooking peppers. Give your whole peppers a very light coating of oil and then place them on a lined baking sheet (it gets messy when the peppers’ juices start leaking out). Set the oven to a high broil and place the pan of peppers inside. You’ll see the skin start to bubble and then blacken. Flip the peppers every so often to ensure they get an even char on all sides. This should take anywhere between 40 minutes to 1 hour. 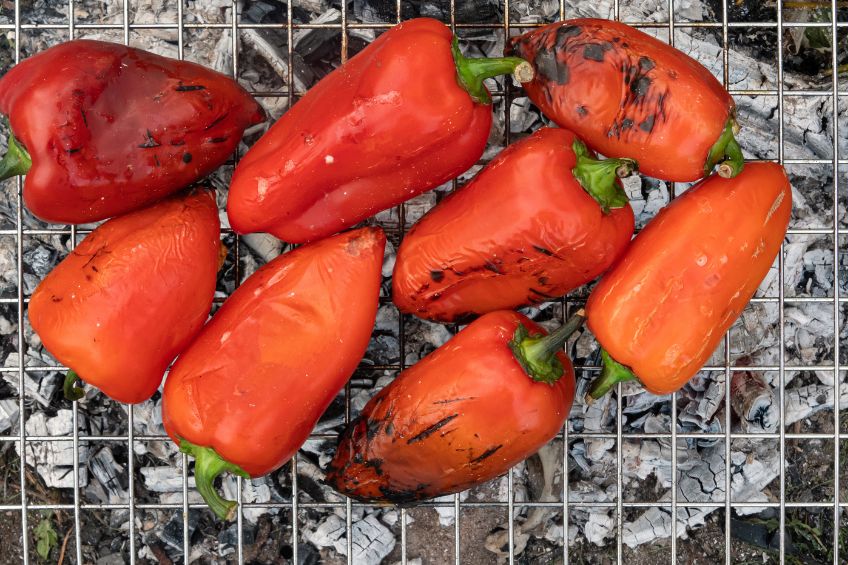 Once the peppers are completely blackened, place them in a large bowl or pot and cover with plastic wrap for 15 minutes to steam. This steaming process loosens up the skin to make the peeling process easier. When they’re done steaming, slice open the peppers (be warned, there will be lots of juices spilling out) and clean out the seeds, ribs, and stems. The charred skin should slip off easily. Do not rinse the peppers under running water in an attempt to make the skin flake off easier, as the water will simply wash away the pepper’s sweet juices. Slice the peppers to desired thickness.

Store the peppers in an airtight container in the fridge for up to two weeks. Use them for sandwiches, salads, an addition to your homemade hummus or in the following recipe for roasted red pepper soup, which pairs superbly with a grilled cheese sandwich on a chilly afternoon.

1. In a soup pot over medium heat, melt the butter and sauté the onions until they begin to sweat and turn translucent. Add the potatoes and garlic and continue to cook for five minutes. Add the peppers, broth and cream/milk. Stir, cover and bring down to a simmer for 20 minutes.

2. Using a blender, blend everything until it reaches a creamy and smooth consistency.

3. Season with salt, pepper and (optional) chili flakes to taste.

4. Serve immediately or let cool completely to room temperature before storing in airtight containers in the fridge for up to three days.