ADVERTISEMENT
IN PARTNERSHIP WITH
Top Chef

Meet This Year’s Top Chef Competitors (Plus Some Season 19 Predictions!)

Sharpen those knives and get your creative juices flowing because the 19th season of this award-winning culinary competition is back, and there are some big plans in store. When Top Chef returns on March 3, it will be from Houston, TX – home of queso, barbecue and everything Tex-Mex. However, the city is also one of the most diverse in the US, with a large Nigerian population and several Asian communities.

Those influences will definitely inspire the upcoming Quickfires and Elimination Challenges, as host Padma Lakshmi and judges Tom Colicchio and Gail Simmons return to taste it all. So who is competing in this year’s challenges, which include everything from space-themed fare to a fishing experience in the Gulf? Read on to meet this year’s cheftestants, plus get all of our hot takes on how they’ll do. 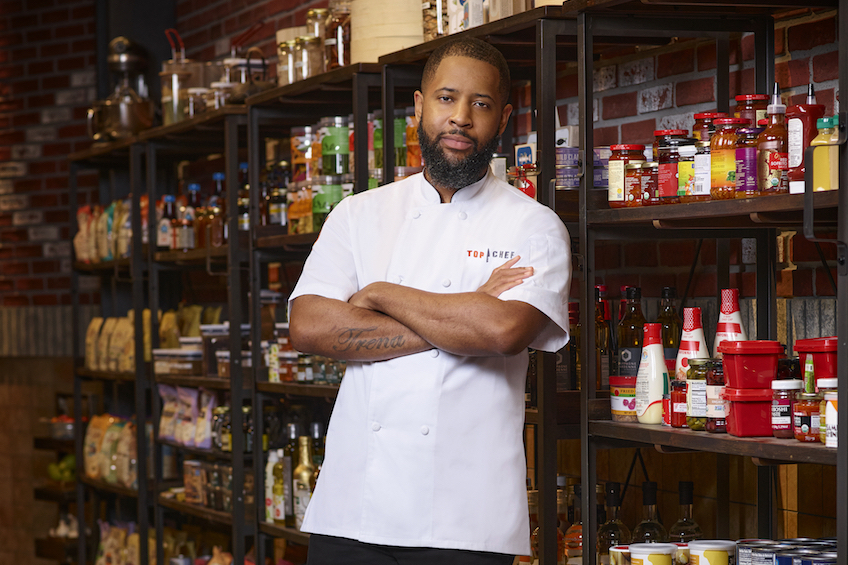 First impression: This chef comes with a world of experience thanks to his formal training at Le Cordon Bleu College in Chicago and his hands-on learning in several of the area’s finest kitchens. Those skills will certainly come in handy during some of the technical challenges this season, and we can’t wait to see what he can do with a chef’s knife.

Our predictions: His formal training combined with the fact that he started cooking at a young age with his grandmother could mean we see some creative dishes from Damarr. We have a feeling that he’s going to represent the heart and soul of Chicago eats this season. 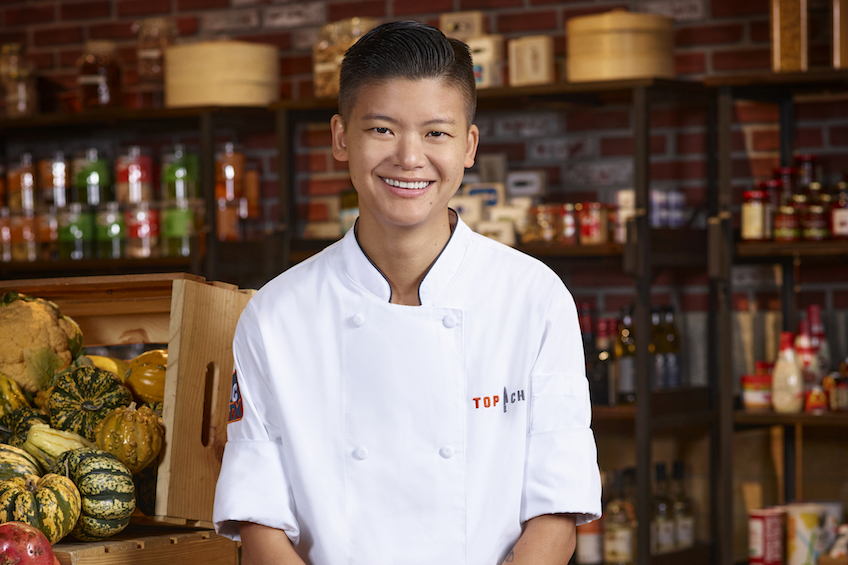 First impression: This chef has travelled. In addition to cooking at several big-time restos in the US, she’s also worked with renowned chef Marcus Samuelsson in Scandinavia as his travelling executive chef. Those international experiences will certainly help her along in this kitchen.

Our predictions: Something tells us that Jo will do well under tight timelines, and we’re kind of pumped to see how her love of Italian food will merge with local Austin ingredients and the area’s casual setting. 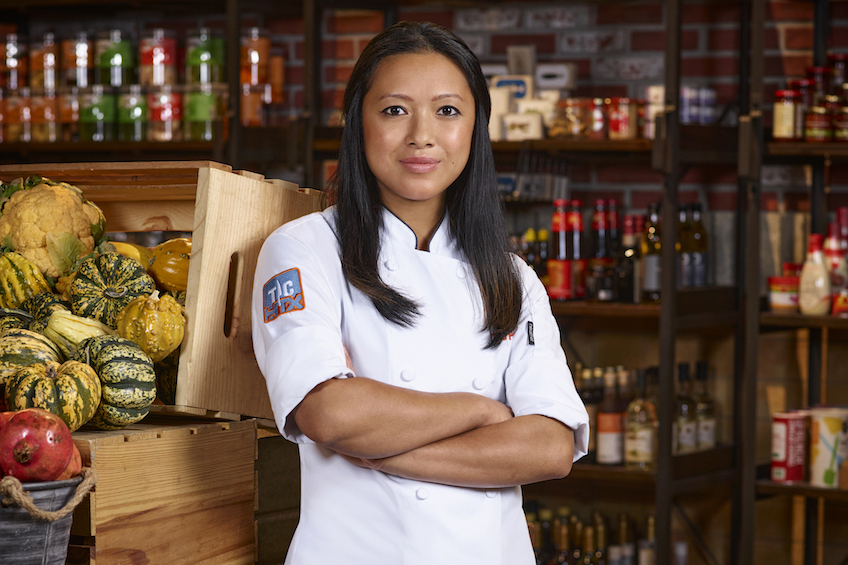 First impression: Monique has a long history of chasing her culinary dreams, from California, to Copenhagen, to New York and beyond. She’ll undoubtedly bring those worldly experiences to the Top Chef kitchen, putting unique spins on her plates.

Our predictions: This cheftestant is hungry for the Big W, and she won’t let others underestimate her in her journey. She’s also got two young boys, which means she probably knows how to multitask in the kitchen like the Mama Bear that she is. 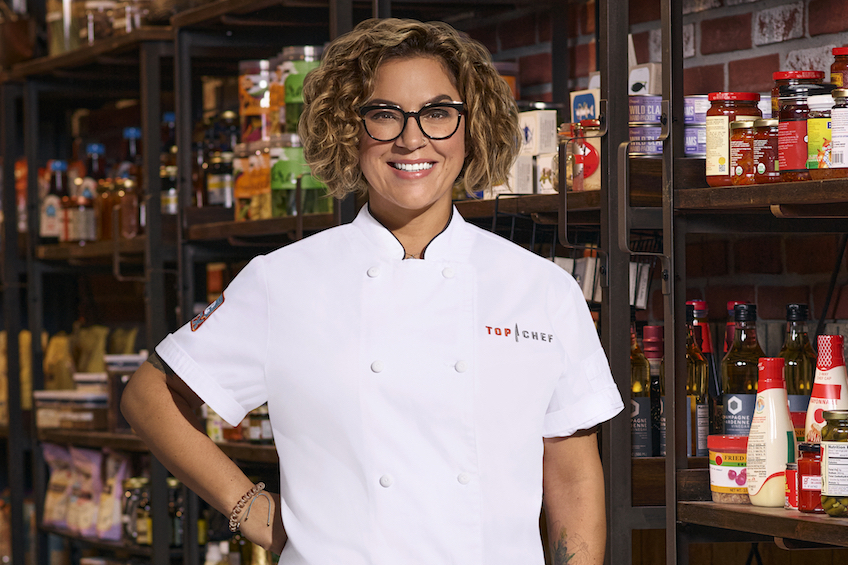 First impression: Leia has a ton of experience sharing her food on-camera thanks to her past appearances on series like Iron Chef America, Beat Bobby Flay, Iron Chef Showdown and Chopped. Now it’s time for her to take those culinary skills to the next level on this ultimate chef showdown.

Our predictions: Leia seems to have strong New York roots and is all about creating local, neighbourhood-friendly fare. She may have to try and reach outside of her comfort zone for this series, but given her experience, we’d say she’s up to the challenge. 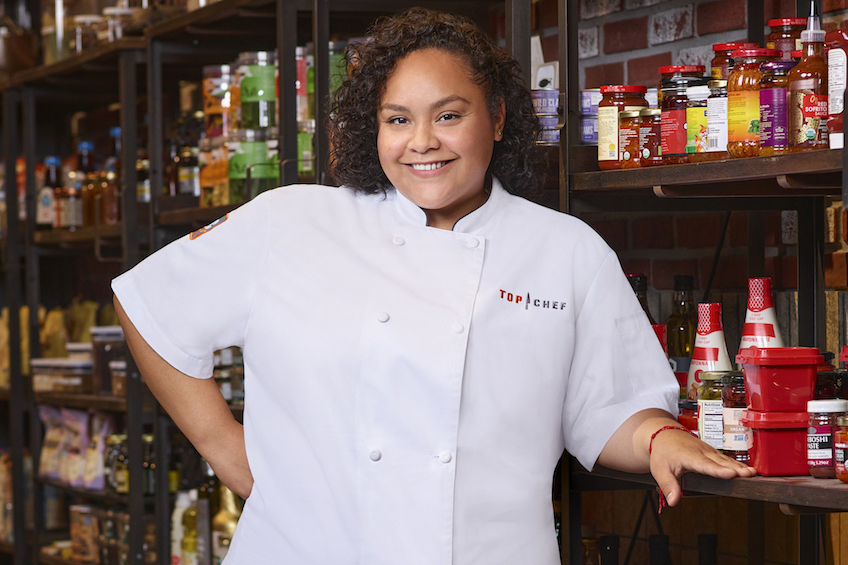 First impression: This cheftestant is here to represent when Season 19 kicks off, since she hails from Houston herself. But just because she’s local doesn’t mean her competitors should underestimate her; she also has vast experience working under several notable chefs in New York City.

Our predictions: Evelyn may have a leg up on her competitors when it comes to some of the local challenges, given that it’s her hometown. Here’s hoping her Southeast Asian flavours impress, but that she also branches out with other cuisines during her time on the show. 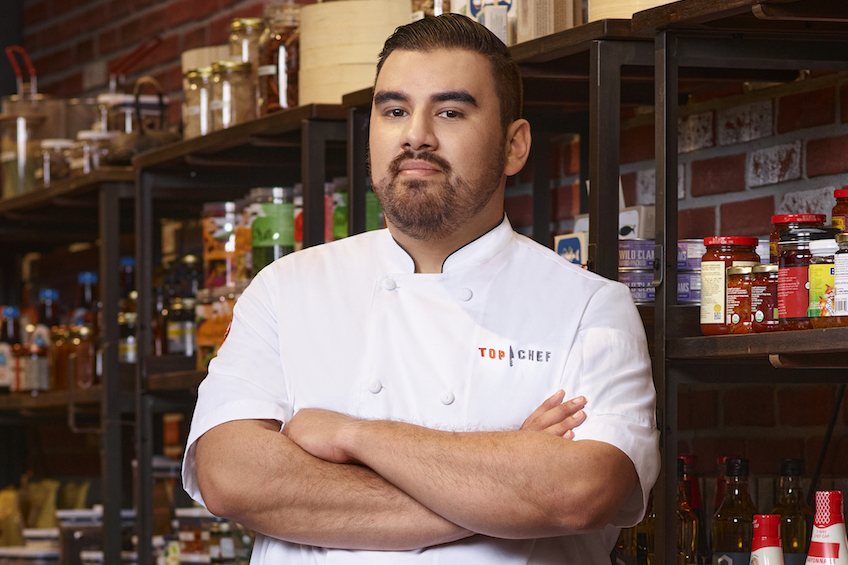 First impression: This guy knew he wanted to be a chef from a young age, which means cooking is in his blood. Given his training at several notable restaurants across San Francisco, he seems to have the technical skills down pat. Now, we can’t wait to see how he’ll take those to the next level on the show.

Our predictions: As a private chef, Robert is probably used to creating menus for picky palates. But how will he deliver when it comes to pleasing the masses in this culinary competition? So long as he finds his own inspiration, rather than whipping up what he thinks others may like, we think he’ll be golden. 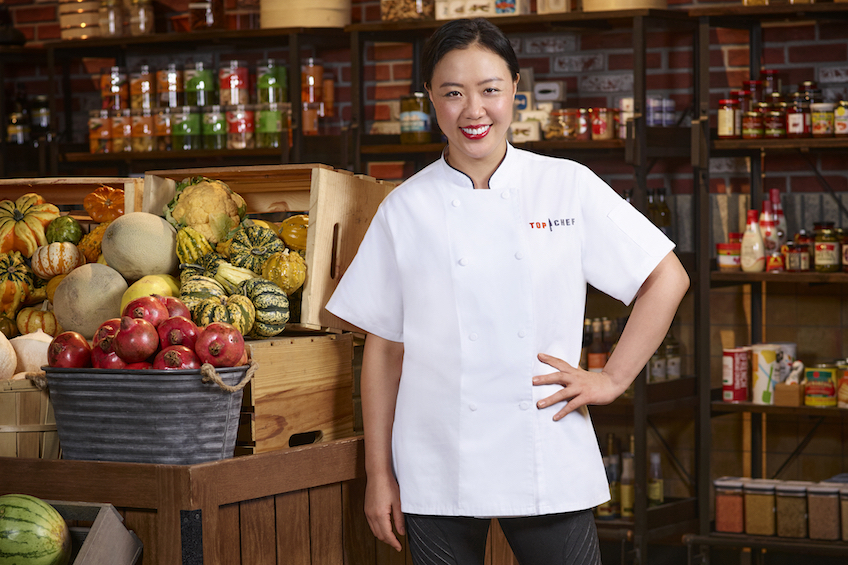 First impression: This cheftestant is so passionate about cooking that she left Korea to pursue the arts in America at a young age. That drive and commitment are bound to come through in spades on the series, as the resto owner puts her own unique spin on her plates.

Our predictions: It’s clear that Jae is hungry for this win, and she’ll definitely pull out an impressive Cajun dish or two if given the chance. We’re curious how those Korean-Cajun flavours will translate in some of the more specific challenges, but if anyhow can branch out and pivot on this season, it’s got to be Jae. 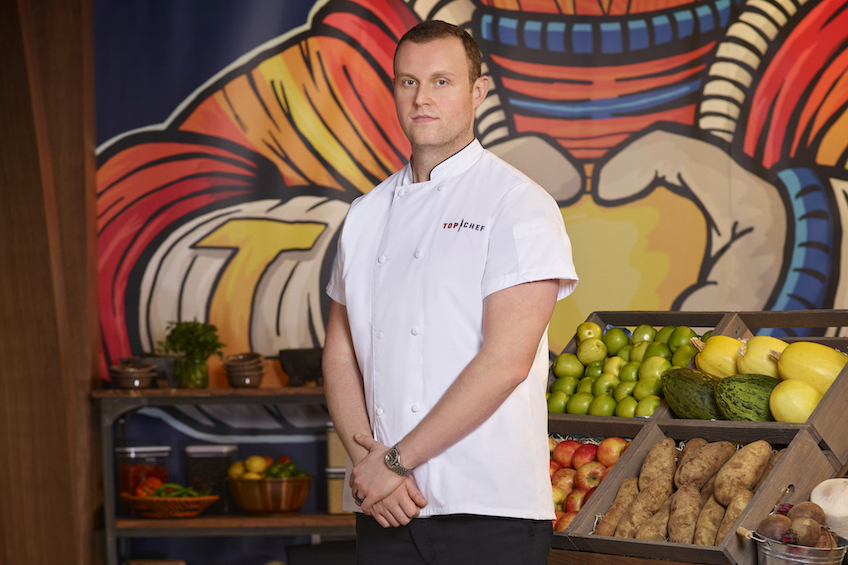 First impression: This chef and owner has been in the kitchen doing his thing since he was 13 years old, so you know he’s where he’s meant to be. Meanwhile, he’s also working on his own line of sauces and producing software to help independent chefs, so it sounds like he has vision and organizational skills to boot.

Our predictions: Jackson obviously knows the business of cooking, but in order to rise to the top of this competition he’ll need to combine those smarts with pure passion. Given that he seems to live and breathe for the industry, we have every confidence in him. 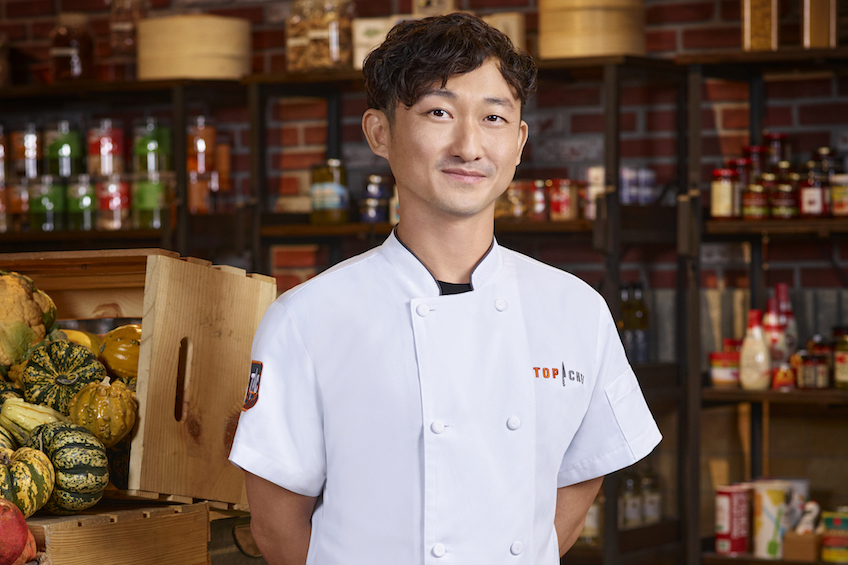 First impression: Sam has experience working in top, Michelin-starred restaurants, which means he definitely has the resume for this competition. And as an educator, it’s clear he also has a strong grasp on the basics needed to thrive on this show.

Our predictions: They say those who can’t do teach, but we think Sam will prove that old adage wrong when the cameras click on for this season of Top Chef. If anything, Sam’s perseverance and vision will be major assets when Padma says the famous words, “Your time starts… now!” 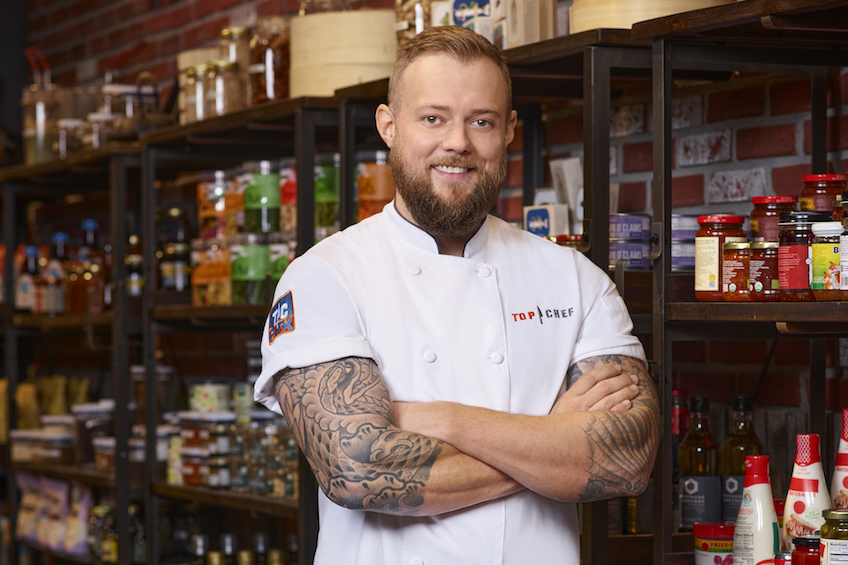 First impression: Luke has spent years working in fine dining establishments, including eight years under Chef Rene Redzepi at the world-famous Noma. Given that history, Luke brings some serious cred to the show, and we can’t wait to see how the techniques he’s learned translate in the competition.

Our predictions: Luke’s everyday go-to dish is a sandwich, and honestly we kind of hope to see him serve a gussied up sammie or two to the judges this year just to prove how delicious they can be. Otherwise, Luke’s worldwide experience should lead to some interesting and creative plates, to be sure. 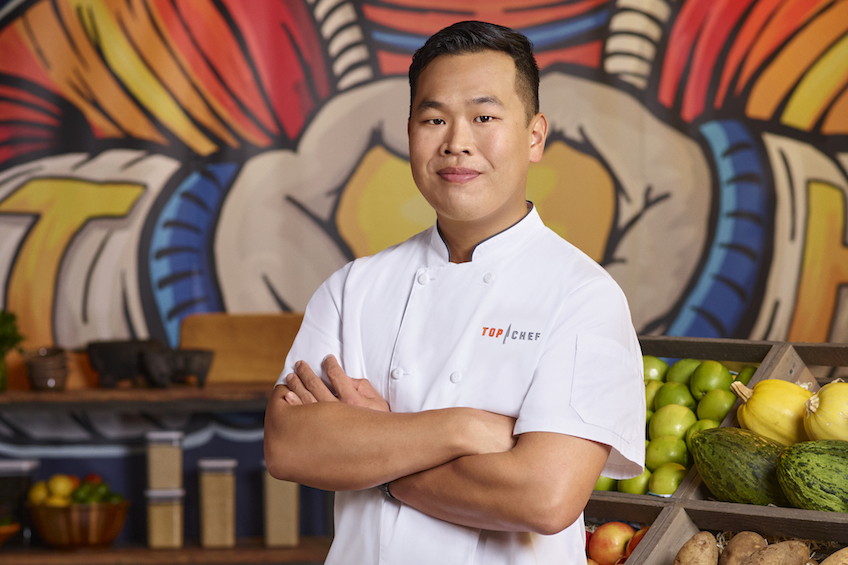 First impression: Buddha has a serious resume, having worked at various Michelin-starred restos over the years under some major chef celebrities. In terms of experience, this cheftestant may have more than the other competitors this season, which certainly makes him one to watch.

Our predictions: Given all of Buddha’s fine training, others may underestimate his creativity and passion. However, the guy is obsessed with all kinds of food, including street food and other easy-to-grab grub. That combination could be deadly in a competition like this. 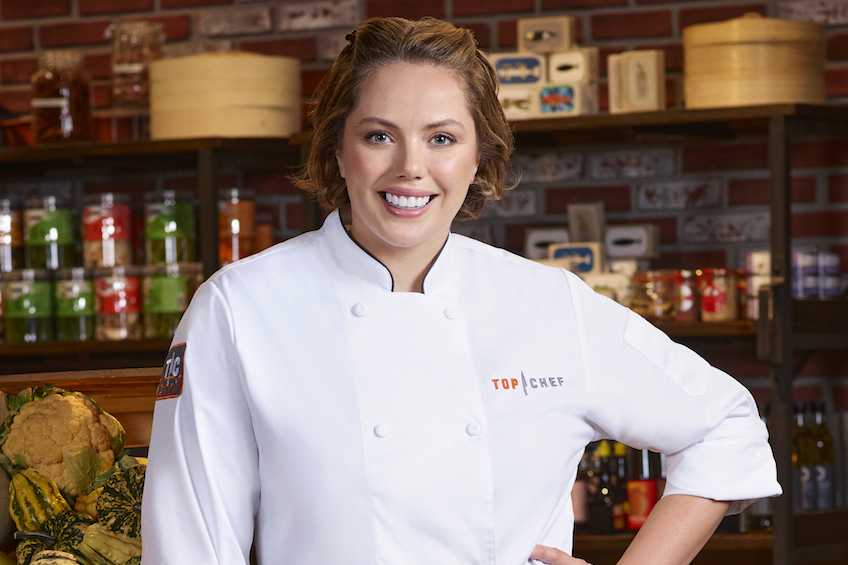 First impression: This cheftestant left pre-med to follow her culinary dreams, which is the kind of story we love to hear on Top Chef. Plus, after years training at various eateries, Stephanie now runs two restaurants with her husband, so you know she’s got a thing or two to show off.

Our predictions: Sometimes when you’re an owner and boss it’s hard to go back to a team environment where people may not always want to do things the way you do. We don’t have that concern with Stephanie, as she’s used to teamwork, given that the restos she owns are with her husband. 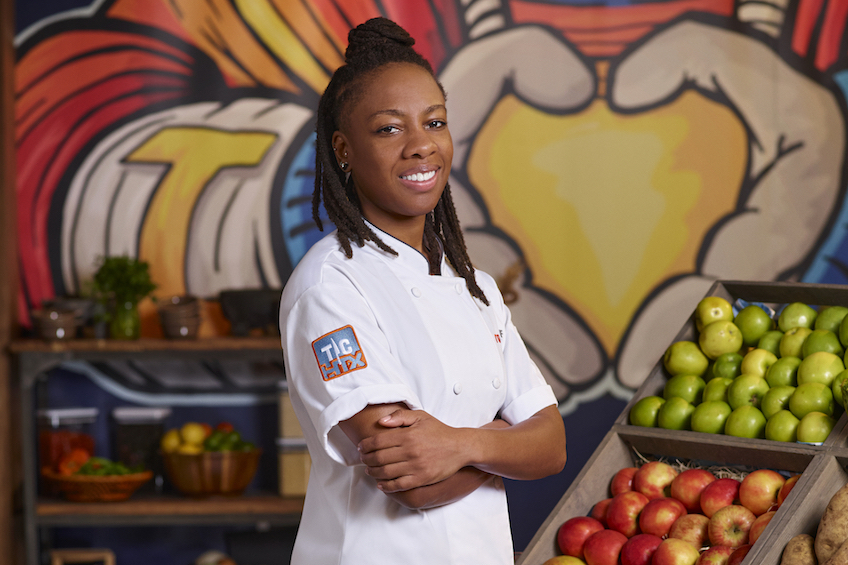 First impression: This cheftestant has a handful of awards to her name heading into the competition, including being a 2020 finalist for James Beard “Rising Star Chef of the Year” and the 2019 Eater Young Gun award. Will the title of Top Chef be her next great accolade?

Our predictions: As the owner of a fish fry pop-up, Ashleigh is all about honouring Black foodways while paying homage to her coastal Virginia upbringing. We can’t wait to see how some of those meals translate on the series, and how her creative flair will most likely impress the judges. 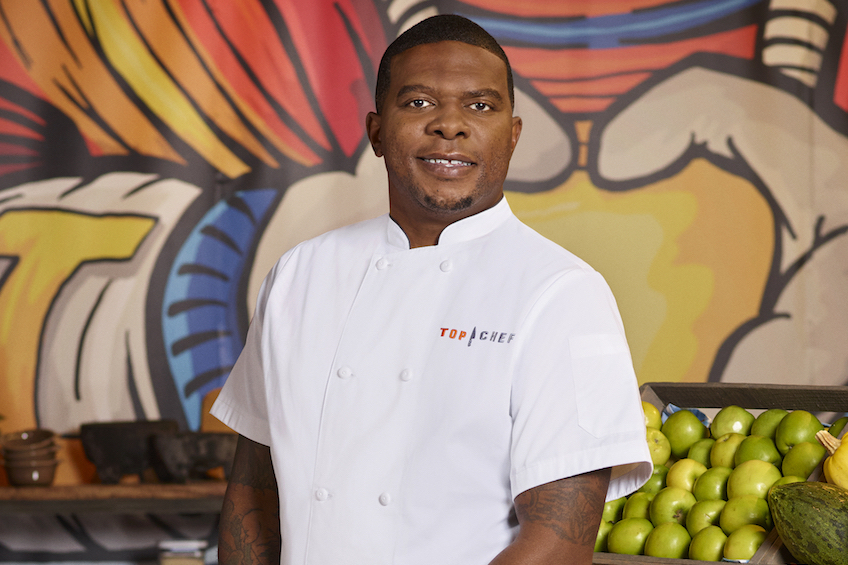 First impression: Not only has Nick pursued his love of food by founding his own companies, but he also runs a non-profit that helps educate and feed students. He’s all about local ingredients and farm-to-table cooking, so there’s no doubt he’ll find a ton of inspiration in Houston.

Our predictions: This cheftestant has big dreams, and winning the show will definitely help them come to fruition even faster. His modern Mississippi-meets-French cooking style will also translate into some of the coolest plates of the season, and we can’t wait to see how the judges react.

First impression: Sarah has been linked to plenty of awards, including as a semi-finalist for Best New Restaurant in the country by the James Beard Foundation, for her Detroit restaurant Mink. The cheftestant trained at the International Culinary Center in New York City and has a business degree to boot.

Our predictions: It sounds like Sarah has some well-rounded skills that may come in handy for challenges like Restaurant Wars. Experience-wise she may not have as varied a resume as some of the other competitors, but with her drive and perseverance, no one should underestimate her.

Watch the Top Chef premiere on Thursday, March 3 at 10PM ET/PT. Watch and stream all your favourite Food Network Canada shows through STACKTV with Amazon Prime Video Channels, or with the new Global TV app, live and on-demand when you sign-in with your cable subscription