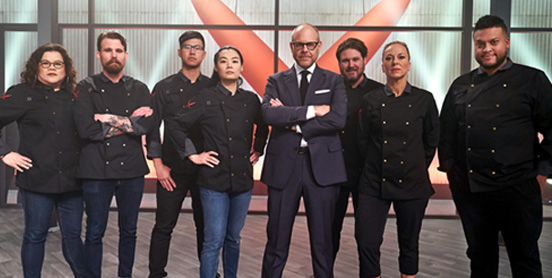 The greatest title in the world of food is back! Seven of the hottest rising chefs from across North America will face the most feared ingredients from around the globe, all while battling each other with every ounce of skill, strategy and stamina they possess. Each week, one will rise and one will fall until a single chef is left standing. This culinary gladiator will summon the courage to face the ultimate final battle: to beat three legendary Iron Chefs in rapid succession. In the end, they will either leave in utter defeat or make history -- joining the coveted ranks of Iron Chefs.