ADVERTISEMENT
IN PARTNERSHIP WITH
brunch

Canadians know peameal bacon as an iconic national breakfast food, but the back bacon’s backstory is even richer than its flavour. For those who don’t know, peameal bacon is wet-cured pork loin from the back of the hog that has been trimmed of fat and rolled in cornmeal, creating a yellow crust. Originally, it was rolled in crushed yellow peas, hence the name peameal. It is much leaner than regular bacon. 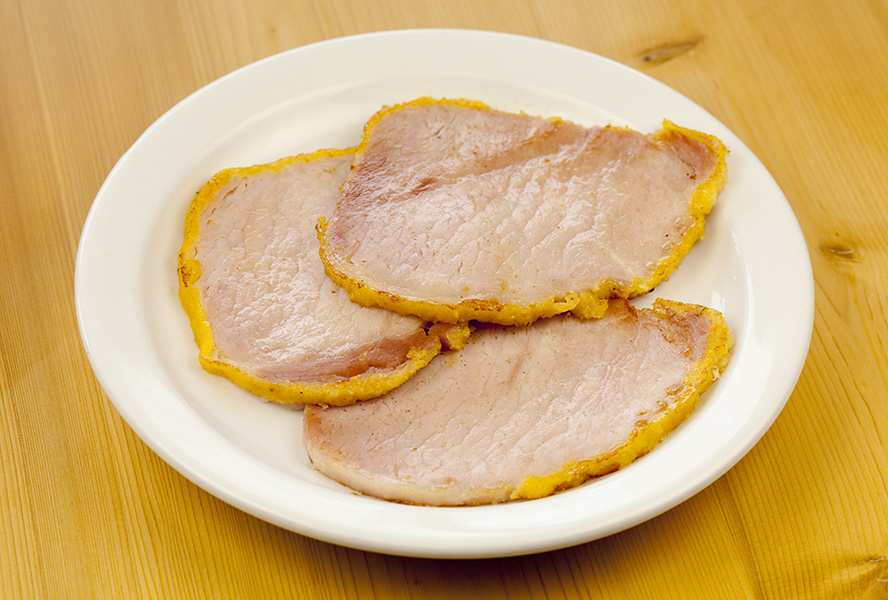 Peameal bacon holds a spot in 1001 Foods You Must Taste Before You Die and it’s easy to understand why. The brining process makes it nearly impossible to overcook and it’s both leaner and juicer than regular bacon. A uniquely Canadian product, it’s often confused with Canadian bacon. What is Canadian bacon? A smoked back bacon that’s popular in the US — and isn’t Canadian at all.

These days, it’s hard to find peameal bacon outside of Canada, making it a favourite with tourists at Toronto’s St. Lawrence Market. The Carousel Bakery, which has occupied the same spot in the market since 1977, is a city landmark famous for its fresh peameal bacon sandwiches.

Related: The Delicious History of the Halifax Donair

Robert Biancolin, who co-owns the bakery with his brother, dubs peameal bacon Toronto’s most original food. “It wasn’t brought here from somewhere else,” he says. “It is very uniquely Torontonian. Of course, like poutine was uniquely Quebecois, it spread across the country. It is one of those dishes that encompasses being Canadian. It is part of our tradition.”

Unlike Canadian bacon (which is, let’s not forget, American) peameal bacon must be cooked. Biancolin says the best way to prepare it is by griddling, although it can also be baked, barbecued or roasted.

Related: All the Ways to Cook Bacon For That Perfect Crisp

Peameal bacon is delicious, iconic and Canadian, but culinary historians have struggled to identify its origins with absolute certainty. “I don’t think that you’ll find a single origin story,” says Daniel Bender, director of Culinaria Research Centre and University of Toronto history professor. “There are and have been for centuries many ways of curing pork — ways of making it last through lean months. Smoking is one. Salting is another. Corning (curing through brine) exists in numerous locations and recipes.”

Toronto’s oral history offers a clue by naming pork baron William Davies the inventor of peameal bacon. This is the story that’s been passed down through muddy stockyards, told over deli counters and posted across the blogosphere — and while the well-told tale has likely changed over the years, that doesn’t mean it’s hogwash. What we do know is that William Davies forged an empire on bacon and other pork products. 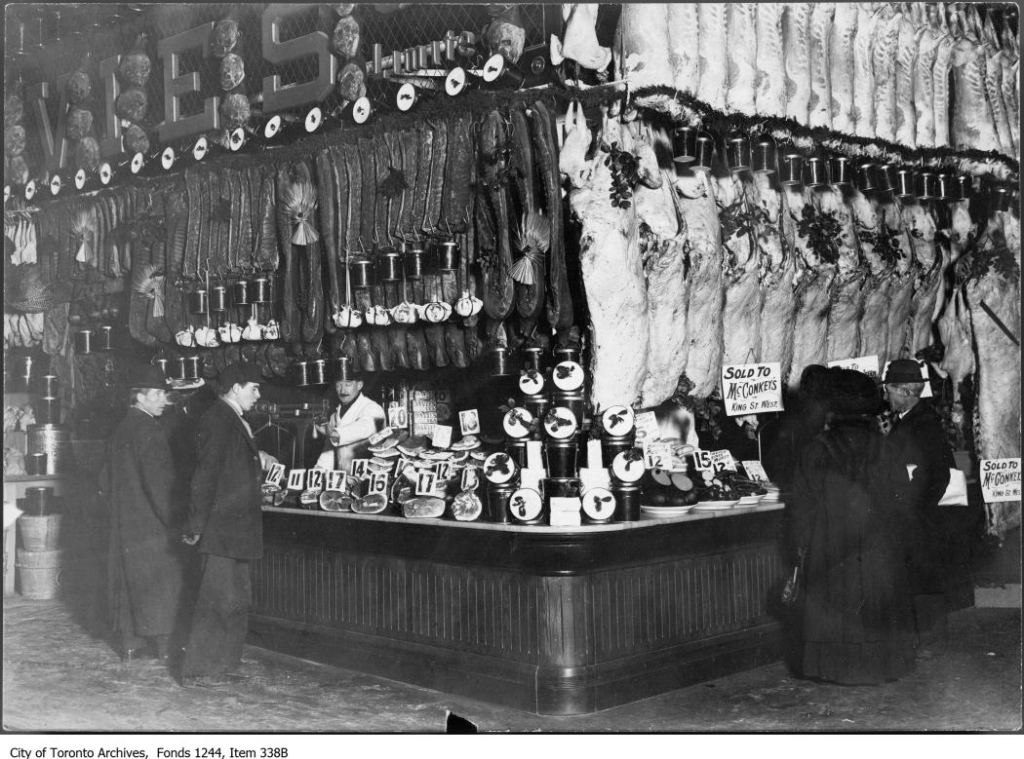 By the early 1900s, with the help of business partner Joseph Flavelle, Davies had built what was believed to be the largest pork plant in the British Empire, processing nearly half a million hogs a year at his Front Street plant near the mouth of the Don River and earning Toronto its nickname: Hogtown.

Davies couldn’t have had better timing. By the Victorian era, bacon was considered a necessity and demand for the Canadian export was high. Canadian cured pork continued to be an important food product in Britain well into the Second World War, when the Bacon Agreement stipulated that the UK would accept no less than 5.6 million pounds of Canadian ham and bacon each week. 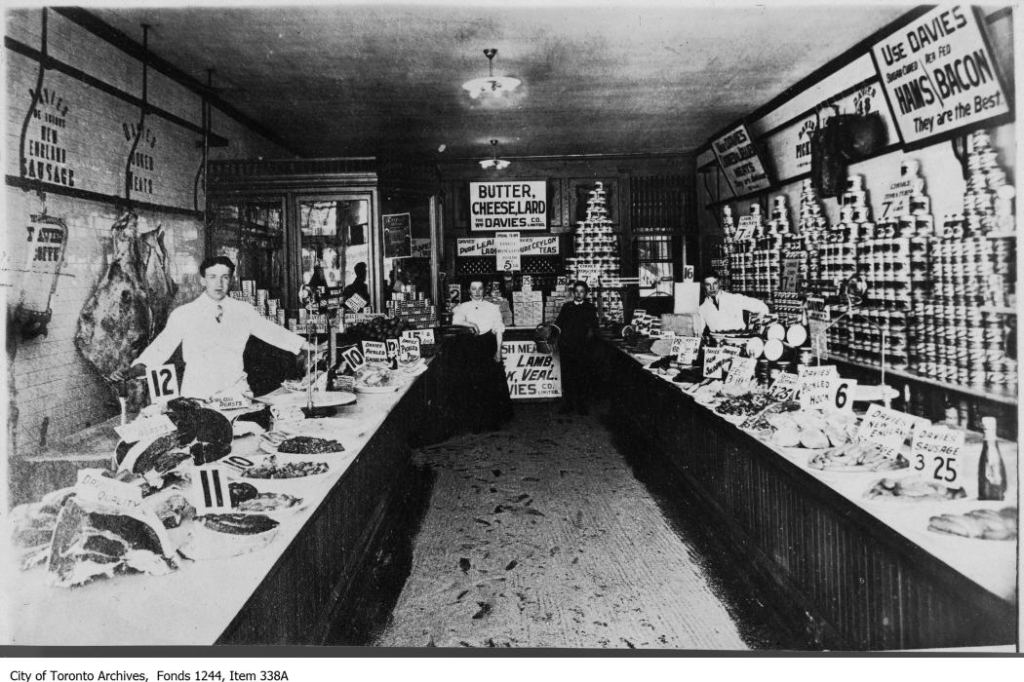 Changing dietary attitudes and demographics mean that Canadian pork isn’t as popular with Brits — or Canadians — as it once was. Still, Davies’ legacy lives on. His company would eventually become today’s Maple Leaf Foods, which still produces peameal bacon for national consumption.

Meanwhile, the St. Lawrence Market remains a hub for cured meats and other delicacies. Locals, tourists and celebrities continue to flock to the market, going hog wild for Toronto’s most original food.

Photos courtesy of Getty Images and City of Toronto Archives