ADVERTISEMENT
IN PARTNERSHIP WITH
kitchen tips

Nothing satisfies quite like a cool treat on a hot summer day, but understanding the difference between your favourite frozen desserts can be confusing enough to cause its own kind of brain freeze. Whether you’re looking for the creamiest consistency, the boldest flavour, or have special dietary concerns to consider, there’s a sub-zero snack for every taste and preference. We’ve got the scoop on gelato vs. ice cream in this guide to some of the most common frozen treats.

This frozen favourite is made from milk, cream or butterfat, a sweetener like sugar, and, sometimes egg yolks. Ice cream is churned at a high speed to incorporate air, which gives it a fluffy, creamy texture. It’s usually served at a colder temperature than most other frozen desserts, which tends to mute its flavour somewhat. Although traditional ice cream isn’t suitable for those following a plant-based diet, dairy-free ice creams made from bases like coconut, almond, cashew, and soy are an increasingly common find on grocery store shelves. 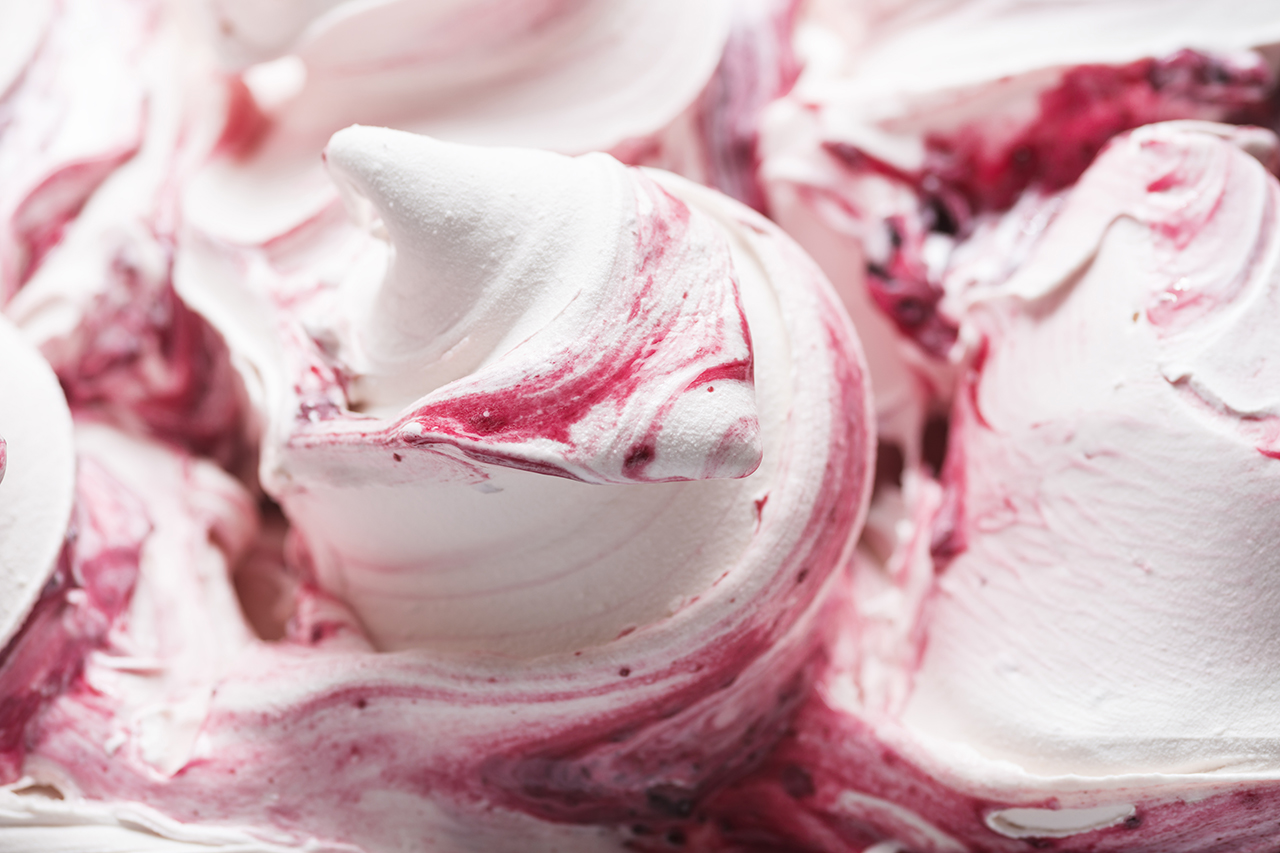 Although gelato literally means “ice cream” in Italian, there are a few key differences between ice cream and its sophisticated European cousin. Gelato and ice cream are both made from dairy and sugar, but gelato uses more milk and less cream. During production, gelato also incorporates less air than ice cream and gets churned at a slower rate. As a result, gelato typically has a denser, silkier texture than ice cream. Gelato is also commonly served at a slightly warmer temperature, giving it a more intense flavour.

No ice cream maker? No problem. Try this no machine pistachio gelato.

Made from churned fruit puree or juice combined with a sweetener, sorbet has a light, icy consistency and big fruit flavour. It can be enjoyed as a dessert, or its refreshing flavour also makes it a popular choice as a palate cleanser between dishes in a multi-course meal. Since sorbet isn’t made with dairy, it’s naturally vegan and also contains less fat than many other frozen desserts, such as ice cream.

Sherbet – which is also sometimes spelled and pronounced as “sherbert” – is the dessert love child of sorbet and ice cream.  Like sorbet, sherbet is made with fruit and sugar but, unlike sorbet, a small amount of milk or cream is also added. The dairy content gives it more creaminess than sorbet, yet it’s still less rich and lower in fat than ice cream or gelato.

Frozen yogurt is one of the easiest desserts to decode since its name reveals its key ingredient. Frozen yogurt gets its creamy texture from yogurt rather than milk or cream, which means it has less fat than traditional ice cream. It often has a consistency similar to soft-serve ice cream and the yogurt gives it a touch of tangy flavour.

Like sorbet, Italian ice is made from pureed fruit and sweetener, as well as water, making it vegan-friendly. The main difference between the two is that Italian ice is scraped periodically during the freezing process to create large ice flakes. This gives it a grainier, coarser texture than sorbet, which is churned until it’s smooth.

As its name suggests, shaved ice consists of ice that has been shaved or grated. In contrast to many other frozen desserts in which the flavouring ingredients are combined before freezing, shaved ice is frozen and shaved first, with syrups and other flavourings added before serving. Shaved ice is similar to a snow cone, but a snow cone is made with ice that is crushed rather than shaved, so its consistency isn’t as light and fluffy.

Halo-halo, which means mix-mix in Tagalog, is a shaved ice dessert that originated in the Philippines. Its ingredients vary, but halo halo typically features sweetened red beans, fresh fruit, fruit jelly such as nato de coco, condensed milk, and ube ice cream. Its often served in a tall, clear glass to highlight its multi-hued layers.

Here is one tasty example of Halo-Halo, if you’re curious to try more.

Another plant-based frozen dessert, banana “nice cream” is a cool treat made by blitzing frozen bananas in a blender or food processor. With bananas as its sole ingredient, banana nice cream is dairy- and sugar-free. Its consistency is similar to a soft-serve when served straight out of the food processor, or you can stick your nice cream in the fridge for a few hours if you prefer a firmer texture.

Give this low-carb acai-berry recipe a go.

Popsicle is technically a brand of ice pop but, like Kleenex, many people use the term Popsicle to describe any frozen treat served on a stick. While store-bought Popsicles often contain food colouring and corn syrup, they can also be made at home by simply freezing juice in a mould around a stick. There are hundreds of different Popsicle flavours, including sugar-free varieties, many of which do not contain dairy. Some varieties, like fudge pops, for example, may include milk.

For a boozy take on the classic ice pop, try these strawberry margarita ice pops.