Sweet and Sinister: The History of Gingerbread Houses

So the question remains, where did these whimsical wonders come from? Were they created by some magical influence? Designed by Santa Claus himself? Let’s start by understanding the core ingredient in gingerbread houses, ginger.

The healing powers of ginger

First, we need to discuss the main character of our story – ginger. Our first encounter with ginger root was nearly 5,000 years ago in China where people started using it for medicinal purposes. Ginger root was used to combat forms of digestion and nausea. During the age of global exploration, ginger root found its way to Europe. Some historians argue ginger was used in Ancient Greece, although that is yet to be confirmed.

In present day, ginger is often used in baking, cooking and the ever-popular green goddess juice. But beyond the trendy juice cleanses, ginger is somewhat of an oddity in Western cuisine – except during the holidays. Ginger has become transformative, moving from a humble root spice to mainstream marvel. The real question is, what peaked the interest of Europeans to turn ginger into gingerbread houses?

Related: It’s the Most Wonderful Time of the Year – the Starbucks Holiday Menu is Here

Our story takes a wicked turn, with one of the most popular tales to ever creep out of European folklore – Hansel and Gretel. If you didn’t know, the Brother’s Grimm refers to a sibling duo from Hanau, Germany, a small city near Frankfurt. They were known for creating the origin stories for famous stories like Cinderella and Rumpelstiltskin. The Disney iterations you know and love are pretty much the same story, minus the gory details.

In the story of Hansel and Gretel, two young children lose their way in a haunting forest and stumble across a witch with a house made of gingerbread. After some quick thinking and a very hot oven, the witch was defeated, but not without leaving a lasting impression. Due to the folklore’s popularity, villagers started to believe that certain shapes of gingerbread were charmed or cursed. Some even said witches would consume gingerbread men to eliminate their enemies – yeesh.

The practice of creating gingerbread was already quite widespread across countries like Germany and Romania at this point. However, its believed that the story of Hansel and Gretel sparked a creative renaissance amongst German bakers. German settlers then brought gingerbread house making to the Americas where it then became a mass-marketed powerhouse.

Related: This Charcuterie Chalet is a Holiday Show-Stopper

Western pop culture is centered around the idea that if you like something, you need more of it ASAP. When gingerbread houses reached North America they were met with a lukewarm response. However, as the practice started to reach more homes across America, the desire to make gingerbread houses became mainstream. In Germany, gingerbread was typically made during the winter months, but with the decoration style being so reminiscent of Christmas, gingerbread houses naturally became associated with the holiday in America.

Today, it’s common to find everything from gingerbread house competitions to over the top fashion house-inspired gingerbread worlds. People everywhere want to create the best and most beautiful gingerbread house in existence. Historians say modern day gingerbread house-making probably wasn’t too far from from the gingerbread fairs organized by the French and English in the Middle Ages. Although to be fair, 18th century villages probably didn’t have the technology to make the structures we do today.

Related: Here’s How to Make Google’s Top Searched Recipes of 2022 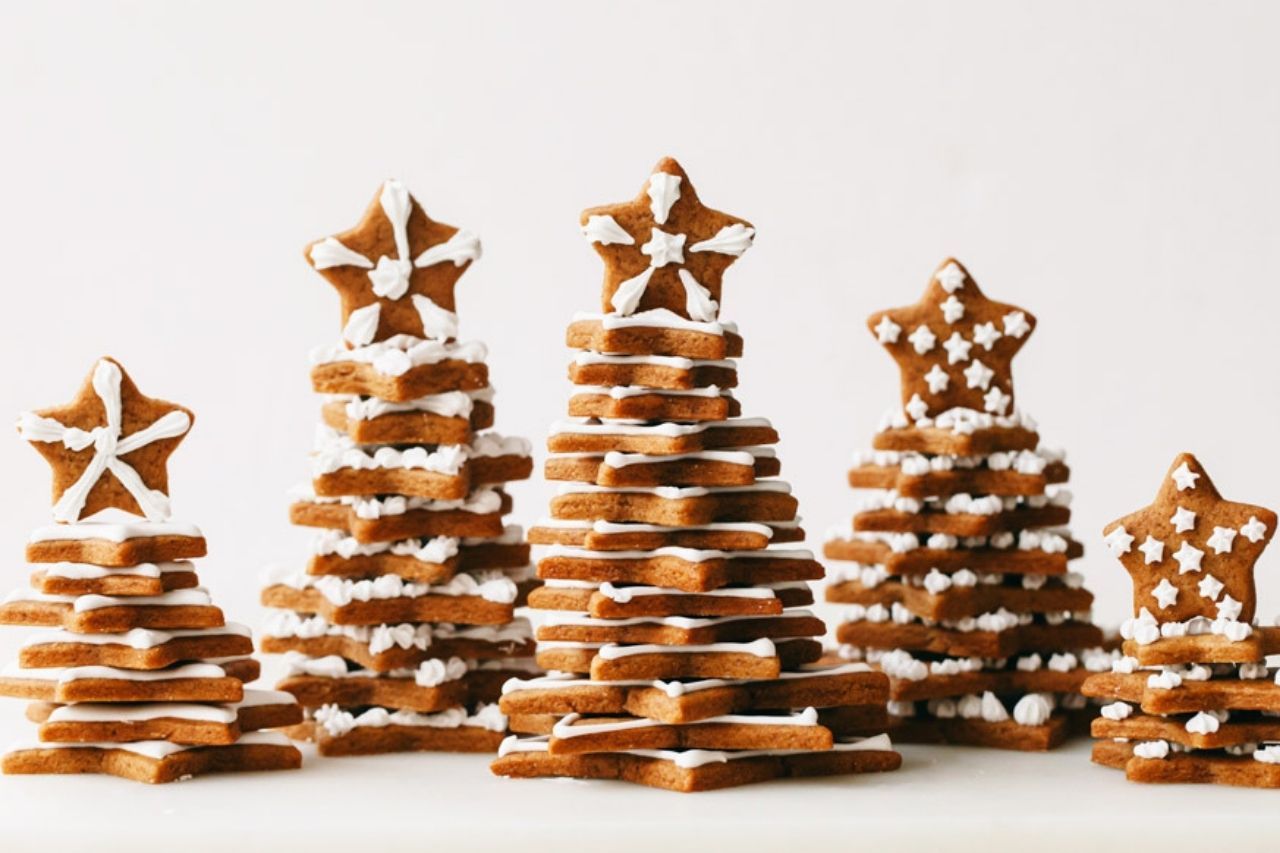 Many of our favourite holiday snacks include gingerbread in its many possible iterations. We love to see all the possible shapes and sizes that come out of peoples creative ambitions to go bigger and better then ever before. So while the story of where and how gingerbread houses came to be might not be the most Christmassy of tales, it definitely makes for an interesting bedtime story. We wouldn’t be surprised if other holiday treats have equally sweet and sinister origins.

Read more: Warm and Cozy Gingerbread Recipes to Whip Up